PLANNING TO FILE YOUR INCOME TAXES?

CUIAS Immigrant Services provides a free income tax clinic for low-income individuals and families. If you need assistance filing your income taxes, please book an appointment with one of our CVITP (Community Volunteer Income Tax Program) trained volunteers at CUIAS: 416-767-4595.

Changes caused by the COVID-19 pandemic in Canada

CANADA’S RESPONSE TO THE COVID-19 PANDEMIC INCLUDES THESE CHANGES THAT MAY AFFECT YOU:

If your visitor status has not yet expired, You can apply online to extend your stay in Canada.

To keep everyone safe, Immigration, Refugees and Citizenship Canada is cancelling all:

To know when these services resume and to get up-to-date information, see IRCC’s special measures to help clients affected by COVID‑19.

For individuals (other than trusts), the return filing due date will be deferred until June 1, 2020.  However, the Agency encourages individuals who expect to receive benefits under the GSTC or the Canada Child Benefit not to delay the filing of their return to ensure their entitlements for the 2020-21 benefit year are properly determined.

The Canada Revenue Agency will allow all taxpayers to defer, until after August 31, 2020, the payment of any income tax amounts that become owing on or after today and before September 2020.

Template Letter_ Notice to Landlord on Non-payment of Rent DueDownload

If due to COVID-19 you can’t pay your rent, use this template to inform your landlord

Template Letter:  Notice to Landlord on Non-payment of Rent Due

YOUR ADRESS AND APARTMENT NUMBER

Non-payment of rent has been made necessary by [ MY LOSS OF EMPLOYMENT INCOME or ANTICIPATED LOSS OF EMPLOYMENT INCOME] as a result of public health measures during the pandemic. There is uncertainty about the duration of lost earnings. In this situation the only rational course I can follow is to preserve cash-on-hand to purchase food, medicine and other necessities of life for myself and my family.

The Canadian government has guaranteed that it will ensure everyone has sufficient financial supports  to withstand their economic losses from the COVID-19 pandemic. Emergency income support measures have been announced by government ministers. I have every reason to expect that government aid is forthcoming. However, this aid may take some time to be delivered to those in need. I expect that I will be able to begin regular rent payments after the anticipated government aid has been received.

Please contact me using the information below if you have any questions about this communication or have any guidance about how I should proceed in this matter.

About COVID-19 for our Ukrainian speaking clients

TORONTO — As the COVID-19 outbreak continues to evolve globally and locally, Ontario is taking decisive and swift action to ensure the province continues to protect the health and well-being of Ontarians.

To ensure that anyone in need of care can receive it, Ontario is waiving the three-month waiting period for Ontario Health Insurance Plan (OHIP) coverage. Additionally, the province will cover the cost of COVID-19 services for uninsured people who do not meet the criteria for OHIP coverage. Together, these measures will ensure that no one will be discouraged from seeking screening or treatment for COVID-19 for financial reasons.

“The health and well-being of Ontarians continues to be our government’s number one priority,” said Christine Elliott, Deputy Premier and Minister of Health. “That’s why we’re working to guarantee that anyone who needs screening or care for COVID-19 will get it. In doing so, we can further help ensure we contain the spread of this virus.”

These measures are in addition to Ontario’s recent announcement that Ontarians with expiring and expired health cards will continue to have access to insured health services.

Ontario is continuing to work with all partners across the system, from public health to hospitals and community care, to do everything we can to contain COVID-19 and ensure that the system is prepared to respond to any scenario.

Visit Ontario’s website to learn more about how the province continues to protect Ontarians from COVID-19.

Does the Interim Pathway for Caregivers apply to you?

Changes to age of dependent children

These instructions are specific to new applications received by Immigration, Refugees and Citizenship Canada (IRCC) on or after October 24, 2017.

To enhance family unity and reunification, and in recognition that many young adults remain with their parents longer , the Immigration and Refugee Protection Regulations (IRPR) have been amended to introduce a new definition of “dependent child”.

The only change in this new definition is that the maximum age of a dependent child has increased from 18 to 21. The definition retains the requirement for a dependent child to be unmarried and not in a common-law relationship and for overage children with a physical or mental condition to have been continually unable to financially support themselves since before turning 22.

Previous definition: From August 1, 2014, to October 23, 2017, a dependent child was defined as a child under 19 who was not a spouse or common-law partner or a child 19 or older who was dependent on a parent due to a physical or mental condition.

Lock-in dates: The regulatory amendments related to the new definition of dependent child do not include any changes to regulations regarding when the age of a child of the principal applicant is locked in.

Transitional provisions: In addition, an amendment has been made to correct an inadvertent omission in the transitional provisions for the August 1, 2014, amendment, to include a dependent child who made an application as a principal applicant as a member of the family class on or before July 31, 2014.

Fees: The new definition of a dependent child has not resulted in any changes to the fee structure. The range of permanent resident fees for dependent children that apply on and after October 24, 2017, are based on the dependant type.

The only temporary resident fees that are affected by the new definition of a dependent child are the family rates for an application for a t emporary r esident v isa and the accompanying biometric fee.

As of Oct. 11 th , the number of years a person must be physically present in Canada
before being eligible for citizenship will be three out of five years, rather than four outof six.

Another change is that, only newcomers between the ages of 18 to 54 will be required
to take and pass a knowledge test. Previously, the age range was 14 to 64.

The government is also rewriting the citizenship oath to incorporate a reference to
treaties with Indigenous Peoples.

For more information, please refer to:
This Link 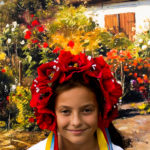 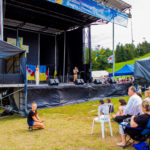 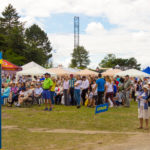 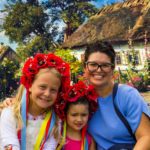 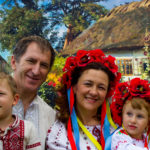 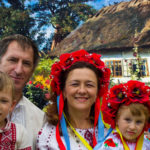 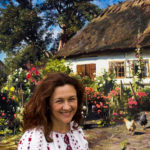 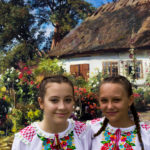 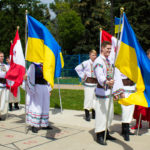 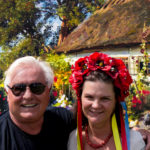 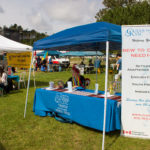 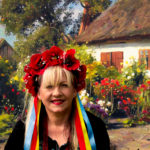